The Weird and Wonderful Number 13! 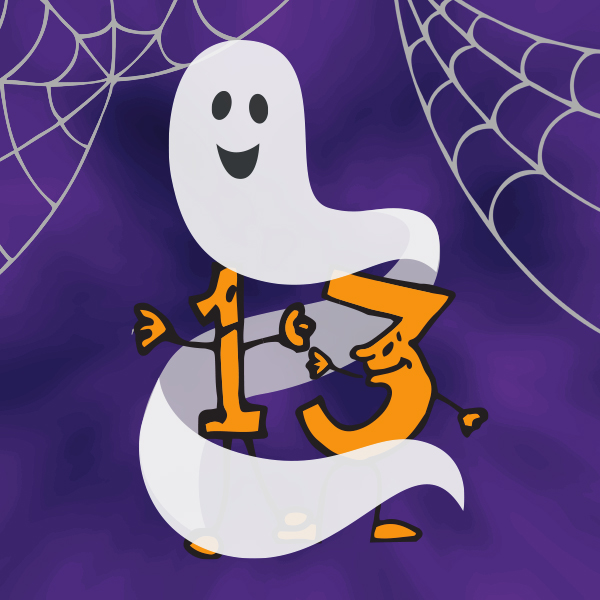 Happy Halloween! The heebie-jeebies will be out in full force throughout the weekend, and today we’re exploring the mythology behind the one number that sends chills up and down our spines! In western superstition, the number 13 is perhaps the most well known harbinger of bad fortune. For the most part, we don’t look twice when we encounter a building without a 13th floor, or a room 13. In fact, this notion so pervades our contemporary cultural consciousness that there exist medical terms that describe a fear of the number 13 (triskaidekaphobia) and a fear of Friday the 13th (paraskevidekatriaphobia).

So why is 13 considered so unlucky? History is full of clues. For instance, the Code of Hammurabi (one of the earliest books of law), does not contain a 13th law (some sources attribute this to a simple clerical error). In Christianity, it is commonly held that at the Last Supper, the traitor Judas Iscariot was the 13th person at the table. Jesus was subsequently crucified on Friday, the following day. Combine these two historical factoids and you have the ominous Friday the 13th.

Yet, one also hears of the many happy couples throwing caution to the wind by tying the knot on Friday the 13th. Also, consider a Baker’s Dozen, which consists of 13 items—one more than the standard dozen. Those well versed in American history will recall the 13 original colonies.

Do you dare tempt fate by scheduling important dates on Friday the 13th? Or in the end, is a number just a number?