Mathing With Your Kids: The Dreidel Game 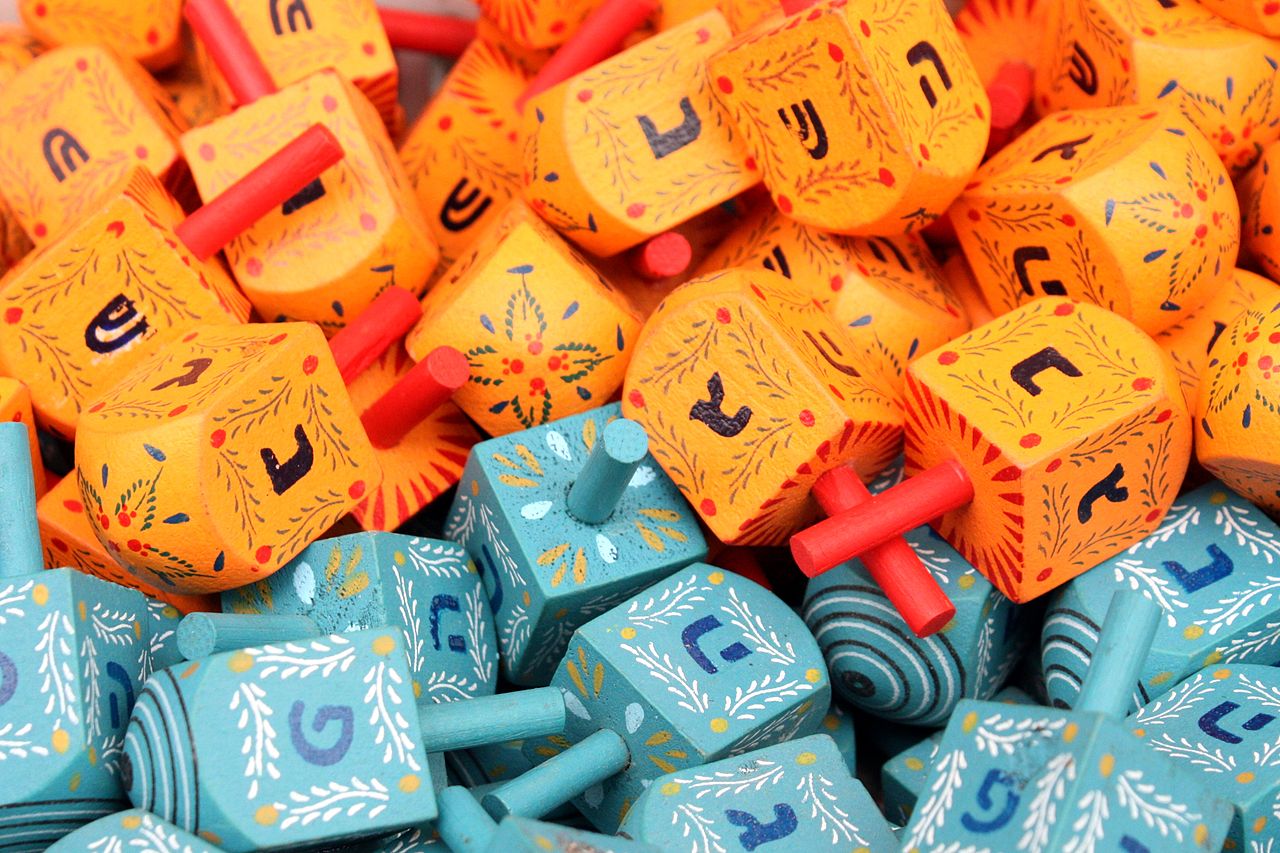 We’re all about mathing with our kids this holiday season, and for this reason, we’d like to share a traditional game that involves (very simple) math! During the Jewish holiday Hanukkah (also spelled Chanukah, which, in 2015, starts the evening of December 6 and ends in the evening of December 14), celebrants traditionally gather to play a game of dreidel! The dreidel is a four-sided top, with a different letter of the Hebrew alphabet on each side—Nun, Gimel, Hey, and Shin. For those unfamiliar with Hebrew, here’s what these letters look like (image courtesy of My Jewish Learning):

Here’s how it works:

You’ll need a dreidel, game tokens of some kind (about 10-15 per player) and—just to keep things neat—something in which to place game tokens, like a bowl. You can use pretty much any collection of small objects as tokens—personally, we prefer candy or traditional chocolate coins, also referred to as Hanukkah gelt.

All players start the game with the same amount of tokens. The game starts with everyone placing one token in the bowl. At his or her turn, each player spins the dreidel once.

If the dreidel lands on Nun, the player does nothing.

If it lands on Gimel, the player gets all the game tokens in the bowl!

If it lands on Hey, the player gets half of the tokens in the bowl (half plus one, given an odd number of tokens).

If it lands on Shin, the player adds a token to the bowl.

If players run out of tokens, they can either opt out or ask another player for a “loan”. The game ends when one player wins all the tokens!

While playing the dreidel game is a fun way to spend an evening with family and friends, do note that the dreidel itself holds traditional symbolism! The letters Nun, Gimel, He, and Shin are an acronym for Nes Gadol Hayah Sham. In English, this means “A great miracle happened there"—a reference to oil lamps that miraculously burned for eight days straight in the Hanukkah story. Find out more about Hanukkah symbolism and the origins and significance of Hanukkah here (for kids) and here (for grown ups).

Do you celebrate Hanukkah? Share your favorite holiday traditions below!