Welcome to mathnasium of Arlington, VA

My son actually enjoys his tutoring, and the A’s he’s earning in math speak for themselves.

Great place for kids to get better at math 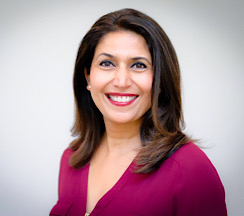 Hello, I'm Neha Desai, Owner of Mathnasium of Arlington, your neighborhood math learning center. We proudly have been serving Arlington County and surrounding communities for 10+ years and have been voted 'Best in Arlington' year over year.

We specialize in math-only instruction with a focused, caring, and fun learning approach that delivers results.
We proudly serve local communities and schools, including:

Dedicated to providing the best instruction

Our instructors are enthusiastic about math and specially trained in the Mathnasium Method. They create a caring and encouraging environment where your child will learn and thrive! 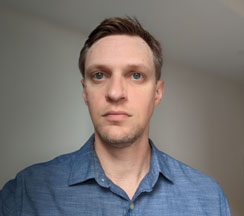 Nick has a Bachelor of Science in Industrial Engineering and a minor in Business from the University of Missouri. After graduating, he went to work for a robotics company, which gave him lots of opportunities to travel and see the world. His favorite places include Argentina, Italy, Indonesia and Co(...)

Our unique assessment pinpoints what each child already knows and what they still need to learn.

Our detailed plan takes your child step-by-step from where they are to where they need to go.

Our proprietary curriculum and teaching method fosters skills that take hold and build upon one another.

From our social Media Find out how Mathnasium will work for your child

Find out how Mathnasium will work for your child

Make this my center

My son actually enjoys his tutoring, and the A’s he’s earning in math speak for themselves.

Great place for kids to get better at math

Thanks for supporting my kids!

Children are interested in learning math, that alone says a lot to me.

Mathnasium has been a game changer for our children--one child needed additional supports to catch up and the other child needed an opportunity to soar beyond what was offered in the classroom. The Mathnasium team has been able to meet the needs of both kids in an environment that makes math fun without making them feel like they are in a pressure cooker.

Been a great experience so far. Daughter likes it, it's stress free, and we just go for the hour three times a week. Thanks

My son had a 200+ point increase in his public school assessment test within 3 months of beginning Mathnasium. Not to mention that my sons adores Mr. Nick, Mr. Anthony and the rest of the crew.

My son loves going to Mathnasium. We have been sending him for years. He is a junior in HS and we have had terrific experiences.

My children LOVE Mathnasium. With one struggling child and one advanced child, the team at Mathnasium is able to meet both of their needs. The struggler says math is her "favorite" subject! My other child is not being challenged at school, and Mathnasium allows him to go at his own pace.

After several years of going to Mathnasium our views on the staff and the program have only improved. We initially started Mathnasium as a way to catch our kids up on things they missed due to the differences in instruction method between their previous school and Arlington. After 6 months they were easily caught up and now several years later the comment we most often hear is that school is easy since they have already done that type of problem in Mathnasium.

Our daughter was set up for success in her HS freshman AP Math class, and told us it was all things that she did in Mathnasium over the summer.

Our daughter is a math wiz thanks to Mathnasium - we (her parents) did not have the skills to help her with her math homework after 5th grade. Your team made all of the difference. She is now graduating high school and her favorite class is - of course - math!

My son is always happy to go. The reward system is great and definitely keeps him motivated.

My son loves going and it has made a huge difference in his grade in math this year!!

Director Nick is awesome! He’s been very patient in accommodating last minute changes to the schedule. Both my kiddos had As in math last quarter. The teachers are great.

Great Staff -- What they learn in Mathnasium is ahead of what they are learning in school so by the time they get to it in school they already understand most of it and when they run into something they don't remember/understand really well -- Mathnasium is always there for a refresher. Most importantly is flexibility of staff during the last two years and working with us as our schedules change so the kids get their time.