The Golden Ratio in Everyday Life 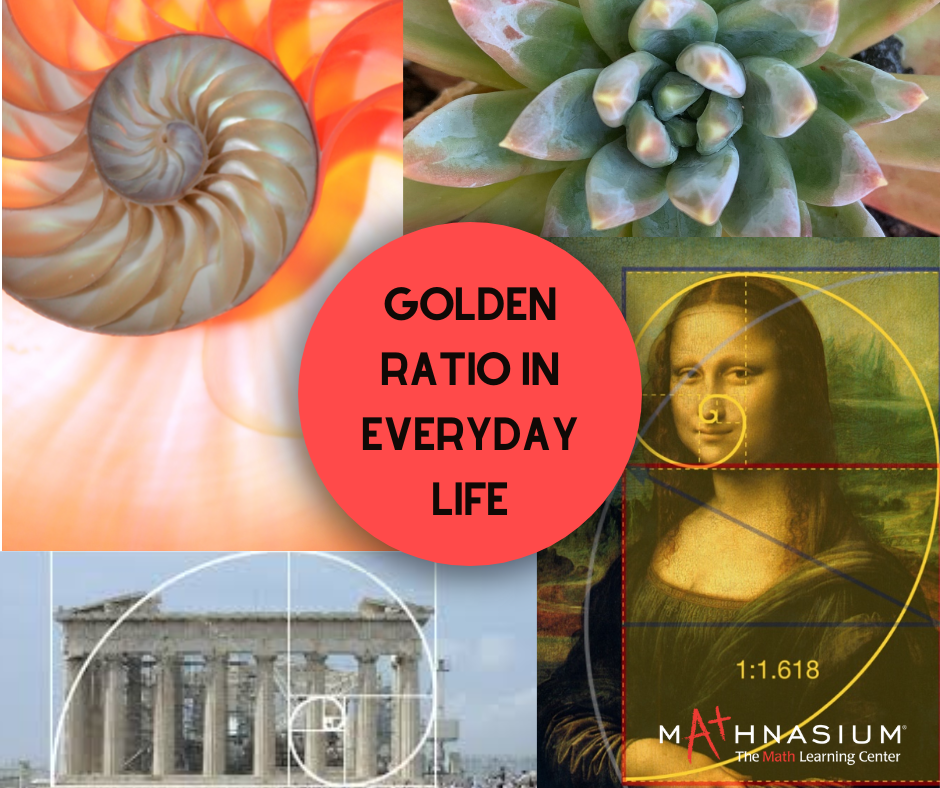 Golden Ratio is one of the most common mathematical ratios in nature. We see this ratio everywhere from majestic landscapes like the Pyramids of Giza and the Mona Lisa to modern-day logos such as Twitter and Pepsi. Golden ratios are unique because of their golden proportion. The golden proportion is created when: two quantities equal the ratio of their sum to the larger of the two amounts. Or simply, when a line is divided into two parts and the longer part (a) is divided by the smaller part (b) is equal to the sum of (a) + (b) divided by (a). Proportion sparks a sense of flow and ease in anything it is applied to, resulting in beauty and rhythm. This Divine Ratio can be found in so many living things which is still an inspiration for modern artists and creators. So let’s look at some real-life examples of the golden ratio that can be found everywhere in classic architecture, artwork, nature, and even music.

The Golden Ratio in Art The golden ratio has been used by many master artists. Golden rectangles and golden triangles apply the ratio’s general principle and have time and time again been rewarded with a soothing and desirable appeal to the human eye. Some examples of art that portray the golden ratio, either in complex proportion proportions or simple lines, are:

Mona Lisa and Vitruvian Man by Leonardo Di Vinci The Crucifixion by Raphael Self-Portrait by Rembrandt Birth of Venus by Botticelli David, Holy Family by Michelangelo The Sacrament of the Last Supper and The Persistence of Memory by Salvador Dali

The Golden Ratio in Music A musical piece constructed using the golden ratio becomes a living example of math since music is composed of numerical values. The golden ratio also lends itself to what the ear perceives as synchronous sound in the form of a balanced melody. Some of the most well-known composers of the 20th century have consciously used the golden ratio in their works, including Debussy, Stockhausen, Bartók, Stravinsky, Manzoni, and Ligeti. Several well-known instances include

The Golden ratio has also been referred to as the Fibonacci sequence and can be found in countless places in nature, from the distribution of sunflower seeds to the structural makeup of a snail's shell to weather structures and star systems. Many have referred to the golden ratio as a divine fingerprint, for its prevalence in nature as well as its beautiful balance. Whatever the case may be, it is interesting to see just how common the presence of this ratio is, in so many varied forms in nature.

With trigonometry finding out the heights of mountains or towers is possible, also in astronomy, it is used to find the distance between stars or planets and is widely used in physics, architecture, and GPS navigation systems. Let's find out more in this blog.

Fractals are known as geometric shapes that display similarity through their full range of scale—that is, they look the same no matter how big or how small they are. It’s pretty cool when you think about it and even cooler when you realize that they are found everywhere in nature! Read this article to learn more about Fractals found in nature.