We are here for you. For your convenience, we are now offering both in-center and live online learning. Reach out to us with questions and concerns @317-733-5000.

Our specially trained math instructors will teach your child how to understand math in an individual setting; our unique approach enables us to explain concepts really well and lend a helping hand to every student. Our tutors foster a caring, encouraging environment that helps kids thrive and learn! Read below to learn more about our talented team:

Punam is the Center Director at Mathnasium of Fishers. Prior to opening her Mathnasium center, Punam was researching on the development of children which has been her lifelong purpose. In the process, she worked and volunteered at various schools and child care centers accross the country and overseas.

Having understood the mindset of students, who not only need knowledge but a mentor who can guide them in the right direction, Punam is enthusiastic about helping every student in the Fishers community truly understand math. She is confident that every student will thrive in an environment where math is taught in a way that makes sense to them. She has taught and tutored children of all ages, and is committed to bringing the Mathnasium Method to the children in this community. Married, with a child and a dog, Punam also volunteers at a local church. 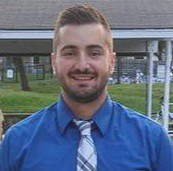 Brandon is currently an 8th grade math teacher at Mount Vernon Middle School and has been at previous Mathnasium learning centers since 2015. He also is an assistant coach with the Mount Vernon High School Football team. Brandon studied Secondary Mathematics Education at Anderson University where he also played football. Brandon believes that every student can learn mathematical concepts and loves to show various methods and strategies that can be used to be successful at math. Brandon can often be found at the gym or out in parks where he often takes his wife, son, and dog.

Nezar is a mathematics instructor who is highly passionate about math and technology. He is also a college senior, graduating in December 2020 with his bachelor's degree in mathematics along with a concentration in statistics. His degree allowed him to explore a variety of applications of mathematics into real life. He loves working with technology, as well as learning about new technological advances. He is highly passionate and enthusiastic about math and programming to create new technology. Additionally, he has learned many different programming languages, such as Python, R, and SAS. He is athletic in some sports, including running, soccer, and basketball. He is proficient in several different languages, such as English, Arabic, French, and Spanish. 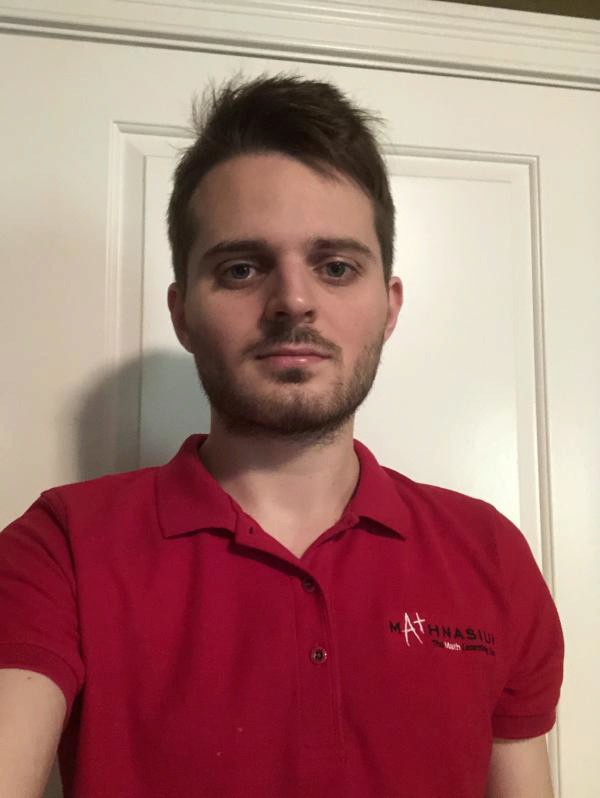 ​Michael is an HSE alumni and University of Alabama class of 2020 graduate and completed a plethora of math and physics courses during college. His passion for mathematics developed while pursuing his degree in astrophysics, and he loves being able to help others discover a similar fascination and love of math and its real-world applications. When he is not at Mathnasium, Michael can often be found playing basketball at local courts or walking his two dogs. 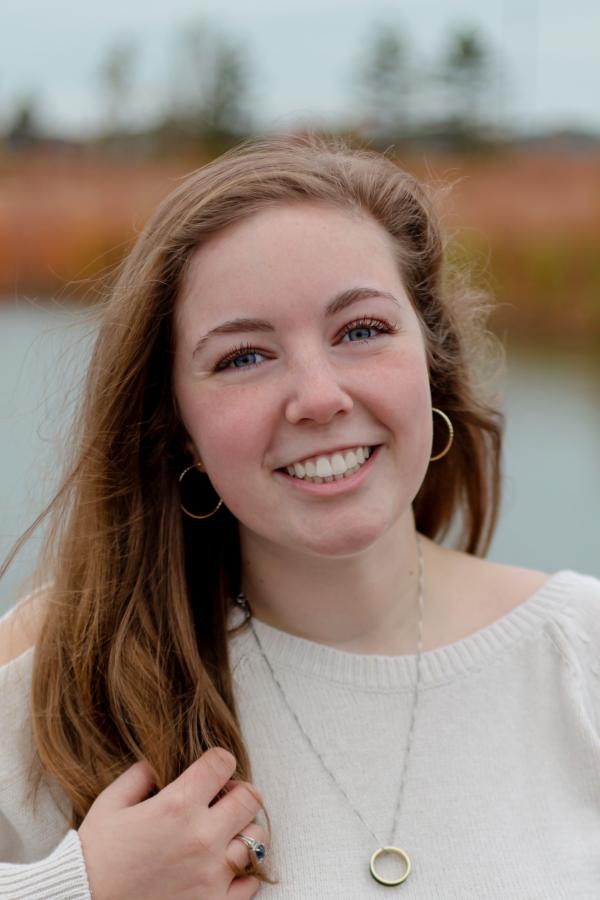 Kelsey is currently a senior at Hamilton Southeastern High School and is planning to attend college to study Speech, Language, and Hearing Sciences & Spanish! Kelsey has worked with children throughout high school in various forms including babysitting, nannying, and tutoring. She is a member of NHS, Best Buddies, Unified Sports Club, and a varsity cheerleader at HSE. Kelsey has experience working with and caring for students with intellectual and developmental disabilities as well. Kelsey has always enjoyed her math classes, and looks forward to helping students succeed and expand their math skills! 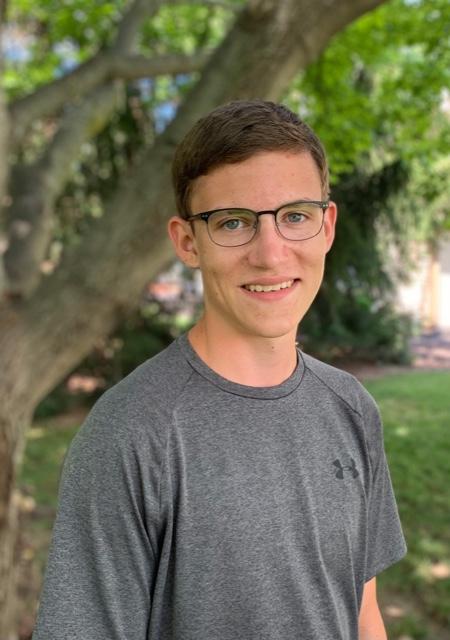 Jordan Bopp an upperclassman attending the University High School of Indiana. He frequently tutors his peers at University in math and other subjects, and is continuing his instructive experiences at Mathnasium. He enjoys playing tennis for his school and in his free time, as well as playing the piano and concert percussion. In school, his main focus is on math and the sciences, specifically physics, thought he enjoys most all of his other subjects as well. With his interest in science, he is also involved with FIRST Robotics at University High School, where he gets to work on the mechanical design for a robot yearly. Going forward into college, Jordan's views are broad, but Mathnasium is a great place to start! 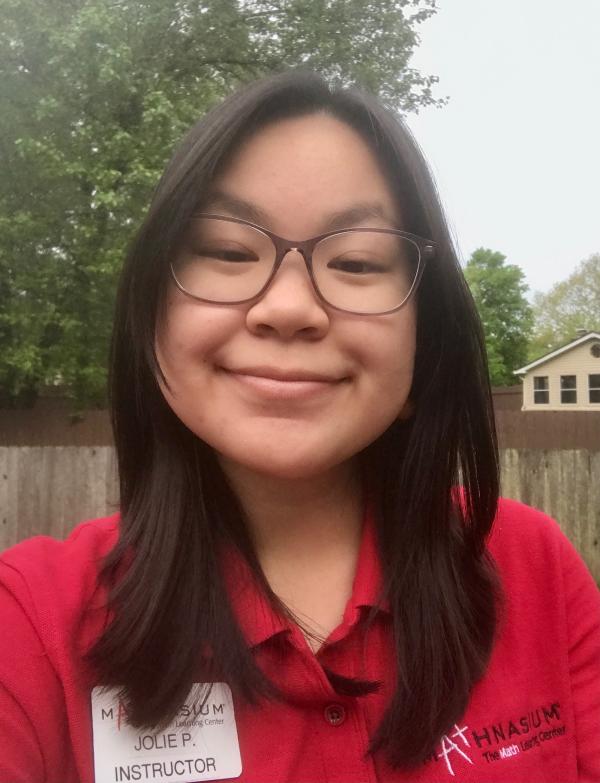 Jolie is currently a Senior at Fishers High School and hopes to pursue a career in architecture and fine arts. Jolie has enjoyed learning all her life and thrives off helping others and herself learn new knowledge. She has always found herself helping her friends with their math homework, so she decided to put her skills to the test and work at Mathnasium. Mathnasium has been an awesome working and bonding experience with the kids for Jolie. She has always enjoyed all her subjects in school… excluding Gym. She is not athletically talented.When not at work or at school, you will find Jolie with her nose in a book, with friends, or knee deep in a new art project she started at 10 O’clock at night.

We are here for you. For your convenience, we are now offering both in-center and live online learning. Reach out to us with questions and concerns @317-733-5000.

Our son has been able to improve so much in Math and it is never a hassle for him to come but on the contrary he loves going to tutoring… who would have thought?
Report a concern
Brieann Toste

My daughter has a smile on her face when she walks in and when she walks out. She feels like the staff truly "know" her and value her.
Report a concern
D.T.

They are very flexible with scheduling, great communication and sending out progress reports. I highly recommend!
Report a concern
Read More Reviews

Our son has been able to improve so much in Math and it is never a hassle for him to come but on the contrary he loves going to tutoring… who would have thought?
Report a concern
Brieann Toste

My daughter has a smile on her face when she walks in and when she walks out. She feels like the staff truly "know" her and value her.
Report a concern
D.T.

They are very flexible with scheduling, great communication and sending out progress reports. I highly recommend!
Report a concern
LaMonica Henson

The staff here are warm, welcoming, personable, and caring. They are truly dedicated to your child’s success. My son knows the instructors by name and likes to set his schedule around when his favorites are working. His confidence has grown immensely since he started and it is reflecting in his math class at school!
Report a concern
Jennifer Barrett

We LOVE Mathnasium! This is the perfect investment for our son's education. They work at his level, but challenge him so he continues to advance. He loves going, too. Great learning environment!
Report a concern
N.Y.

My daughter loved going! I know I know .. that is hard to believe. It was so much better than working on it from home. The instructors are super kind and made it fun. A big boost in understanding and math confidence!
Report a concern
Dennis Sylvester

Jacob actually looks forward to math! There have a few barriers with him being so young but the staff has been absolutely wonderful!
Report a concern
Jennifer Barrett

Our son has a learning disability and, and we thought long and hard of who we could reach out to for help to not only meet him where he is academically, but work with him at his level to grow his skills. Mathnasium has exceeded our expectations, and because he is understanding math, he is enjoying math! we couldn't be happier!
Report a concern
J.Z.

My daughter has enjoyed her experience at your facility. She has been able to pick up the material easily. Unfortunately her experience with her middle school math teacher left something to be desired. I feel confident that after Mathnasium she will have more confidence as I have already heard the excitement in her when she talks about what she has learned. Thank you!!
Report a concern
S.R.

Mathnasium really helped my son this school year during the pandemic!
Report a concern
June Forrest

Hopefully I’ll see the results through national standard test but Mathnasium has helped my daughter to enjoy math. At least, she’s like that in Mathnasium. She asks to stay long hours and it tells me she enjoys her time there.
Report a concern
K.C.

My daughter loves her sessions at Mathnasium and looks forward to it 2-3x/week. Highly recommended to supplement and advance Math skills.
Report a concern
Jennifer Barrett

My son is a math "avoider" because he just doesn't understand it and in just 1 month has begun to develop both an understanding and a love for math. It takes him a little longer than most to grasp a concept, but everyone at Mathnasium works at his pace, and continues to push him at a comfortable level.
Report a concern
M.M.

I've not received a call regarding my son's progress/evaluation. If I have missed the call somehow, I would like to schedule some time to hear about the work that my son is working on. Thanks.
Report a concern
J.F.

My kid enjoys going into the center. We gets progress reports every month or time to time. The program keeps my child interested in Math and I think that’s very important for a 2nd grader.
Report a concern
K.C.

This has been great enrichment during on-line learning at our local school!
Report a concern
S.R.

Mathnasium of Fishers has a fun environment where children are exposed to a fun-filled math learning experience.
Report a concern
John Forrest

We started off with online class which my seven year old enjoyed very much. After a month of online classes, we finally got to enjoy the in class learning and my child likes it even more. One to one learning experience is really great especially with a child that needs extra attention. My child actually looks forward to going into the center for more learning in Math.
Report a concern

Many students perform poorly in their math classes simply due to misunderstandings. A student&...

Math is an essential tool for understanding the world around us. That is why you trust your l...

When studying any school subject, math can often help you make the grade! History, science, Engli...