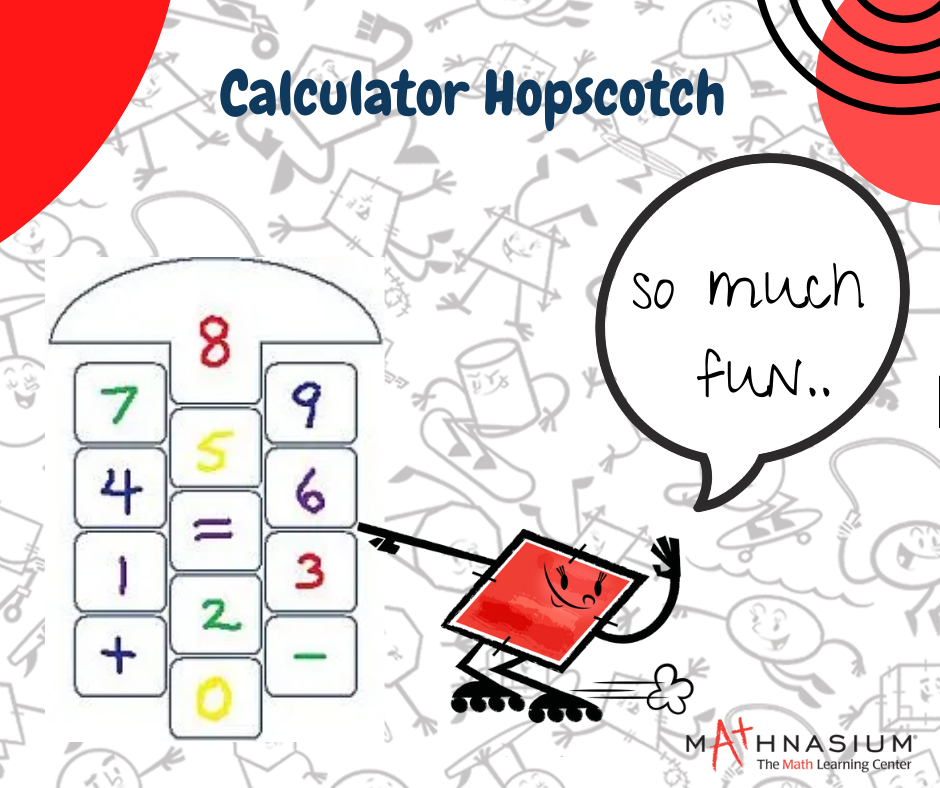 Summertime is the perfect time for hopscotch on the sidewalk, with a twist. Everyone knows how to play hopscotch, but by introducing math into the mix you can take this traditional playground activity to the next level. It may be old but it never fails to engage kids right on your sidewalk in front of your house, regardless of age.

Setting up for math hopscotch is similar to that of the layout of a calculator. Calculations are made by hopping around. The math operations are scattered and easily accessible.

Draw a Hopscotch pattern on the ground with chalk like the one in the image. Make sure it is large enough for your feet to fit inside the ‘calculator buttons’. To move on to the game the first player tosses the rock onto the calculator. That child will then need to hop on an equation to make the number they have landed on. For example, if it lands on number 5 then have your child hop onto the equation that would make five….1+4=5, 7-2=5, and so on. Players use 1-footed hops when landing on odd numbers and zeros, and 2-footed hops for even numbers and symbols. A player's turn continues until she makes a mistake, such as stepping on a line or hopping on an incorrect equation. The players that move up the Calculator without making mistakes are the winner Try adding more numbers to your hopscotch grid to cover more addition and subtraction facts. Be as creative as you want to be. Remember that you can put the numbers in whatever order you want. You can also try different variations like tossing two markers and then requiring players to make the equation for the number the two markers created.