Cherry Hill / News / What you can do with fractions in real life?
Education

What you can do with fractions in real life? 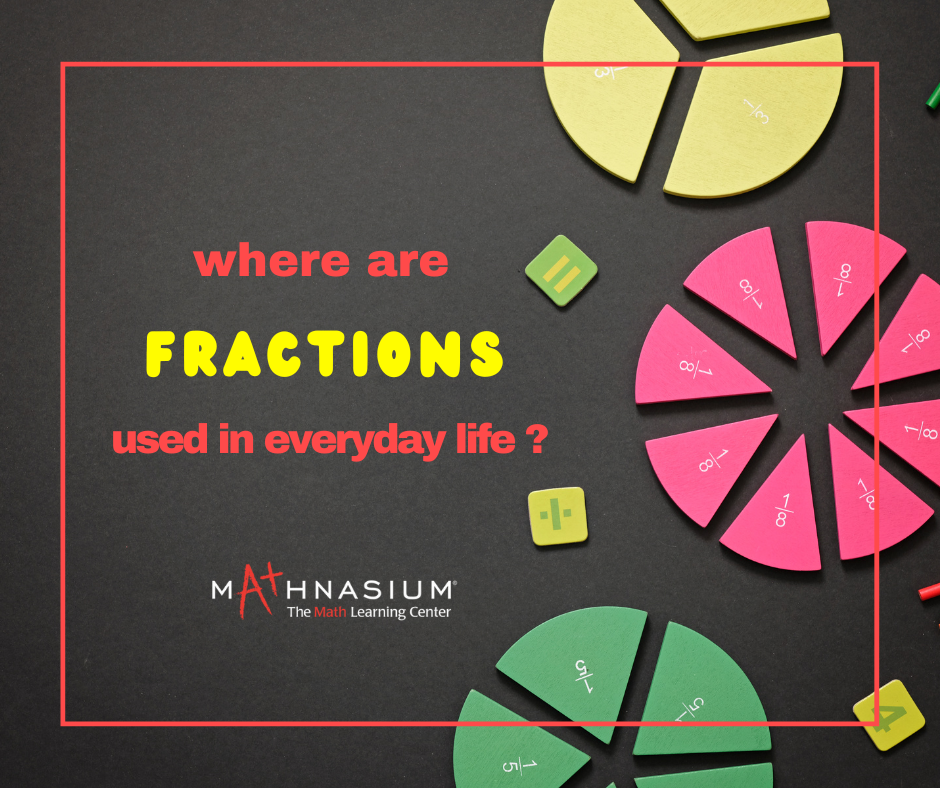 A fraction is used for the representation of equal parts of a whole body. While performing our daily activities, we use fractions unknowingly in several ways. You might say things like “We’re having dinner at a quarter past seven”, or “we need 2/3 of a cup of sugar for the cake”. From the fridge to a clock on the wall there are fractions all around us. Here are a few real-world applications of fractions in everyday life:

Eating at a restaurant:Suppose you go to a restaurant with friends and the waitress brings only one bill. To divide the total amongst your friends, you use fractions.

Exchange of Money: Most of our currencies contain fractions in the form of decimals. For example, we use dollars in the US, and other countries may have some other currency. So to interchange money, we take the help of fractions.

Construction: For measurement, we use units like inches and feet. Let's say you want the carpenter to build you a table, and you specify dimensions such as six feet, two and half a quarter inches. The carpenter uses the fraction concept to break down that measurement and cut the wood according to your requirements. Without the concept of fractions, it wouldn’t be possible to carry out such measures.

Science: When counting objects or things, most science uses fractions. Consider the case of measuring the colonies of bacteria in a dish with different species of bacteria. Through fractions, we represent how many bacteria of a specific species are there in a word. For example, three-fourths of the species, A bacteria, is in the dish. It makes the task relatively easy as it allows us to differentiate between the species. We may also be able to estimate the survival rate and reproduction rate of bacteria using fractions.

Following a recipe: Recipes sometimes suggest using 1/2 teaspoon of sugar, and 3/4 a tablespoon of salt. Some recipes also have quantities to serve 2. To adjust the ingredients for 3 people, we use fractions if we are making the same dish.

Sport: A constant use of fractions is used in sports to keep track of the variables that affect results. In sport, the distance jumped or thrown or the time taken to complete a race is always shown in fractions. Fractions are used to analyze the performance of a player or a team.

Medicine: Fractions are used in a variety of ways in medicine. Most of the medical tests performed by medical professionals display their results in fractions or decimals. With a slight change in the value, an abnormality or disease can be detected. Research and development of new drugs and vaccines, which require accurate measurements of different chemicals, are even more dependent on fractions.

Fractions are indispensable in everyday life; they impact everything profoundly around us and are really important. Try to think of other ways in which fractions are used in your life.

With trigonometry finding out the heights of mountains or towers is possible, also in astronomy, it is used to find the distance between stars or planets and is widely used in physics, architecture, and GPS navigation systems. Let's find out more in this blog.

Math Vs Statistics: Important Points One Should Know

The main difference between math and statistics is that statistics is the study of the collection, description, analysis, interpretation, and representation of data, while math is the science of numbers, quantity, and space. Although both deal with numbers, there are considerable differences between the two fields. Let’s find out in this blog.