The Modern Calendar and its Origins 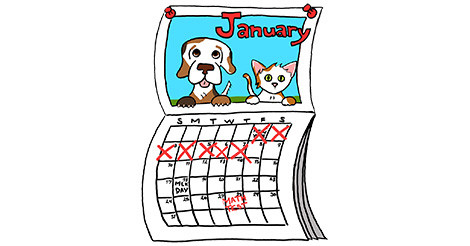 Imagine falling asleep one evening and waking up the following day... to find yourself some 10 to 13 days in the future! Over the past few centuries, people all over the world witnessed this phenomenon at one point or another as countries made the switch from the Julian calendar to the Gregorian calendar, currently the most widely known and extensively used calendar in the world.

Understandably, when implementing the Gregorian calendar, avoiding further deviation from the tropical year was key. To fix this drift, a 10-day correction was deemed necessary. France, Portugal, Italy, Poland, & Spain were the first countries to make the switch in 1582. Citizens of these countries went to bed on the evening of Thursday, October 4, 1582 and woke up the morning of Friday, October 15, 1582.

As time passed, the number of days necessary to make the transition increased. By the time Great Britain and the British Empire at large switched to the Gregorian calendar in 1752, an 11-day shift was necessary—Wednesday, September 2nd, 1752 was followed by Thursday, September 14th, 1752. The Gregorian calendar’s worldwide spread continued as late as 1949, when it was formally adopted by the People’s Republic of China.